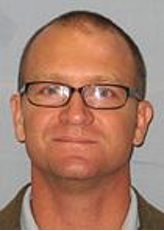 Marty Lail is Senior Director of Carbon Capture and Conversion at RTI International. He leads a research platform at RTI which is multi-disciplinary consisting of materials chemists, chemical engineers, and mechanical engineers. A focus for Lail has been to develop advanced solvents for CO2 removal from power plants and industrial facilities starting in 2009 at RTI. With support from Department of Energy and partners he has continued to develop the technology over the past decade and has moved into large-scale stages of demonstration.

Prior to taking a lead role in carbon capture Lail led the Materials Chemistry Group at RTI. Lail received his Ph.D. in Chemistry from NC State University in 2006 and held postdoc research positions at UC Berkeley and at the US EPA before coming to RTI. He has received Outstanding Mentor Award, Frequently Published Author Awards, Outstanding Paper Awards, Presidents Award, and Innovation Awards at RTI. He has ten patents and over forty publications over this time.

While leading materials chemistry efforts at RTI Lail began to work with metal organic frameworks (MOFs) for gas storage and gas separations. During this time his team developed applied forms of MOFs which can be useful for phosphorous recovery from eutrophic water and waste water. Lail and team will further develop these materials as advanced sorbents for phosphorous recovery.