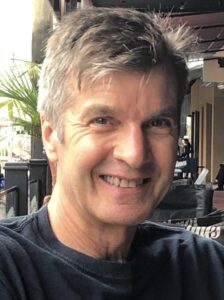 Dean Hesterberg is a Research Scientist and Soil Science Advisor to the Director of the Brazilian Synchrotron Light Laboratory (LNLS) at the Brazilian Center for Research in Energy and Materials (CNPEM) in Campinas Brazil. He is also a William Neal Reynolds Distinguished Professor Emeritus of Soil Chemistry in the Department of Crop and Soil Sciences at NC State University, where he worked for 28 years and was involved in the early development of STEPS. His research focuses on measuring molecular and microscale chemical behavior of phosphorus and trace element contaminants in soils, with a vision of upscaling this mechanistic information to optimize nutrient and contaminant management practices. In his current role at the new 4th-generation Sirius synchrotron in Brazil, he is leading the development of a system for 5D microscale imaging and speciation analysis of nutrient movement from soil through the rhizosphere to a living root. He is also leading the development of an agricultural research program focused on optimizing phosphate nutrient delivery systems in tropical soils, which involves the four national laboratories for synchrotron development, biorenewable systems, biology, and nanotechnology.

Dean Hesterberg earned a B.S. degree in Plant and Soil Science from Southern Illinois University – Carbondale (1981), an M.S. degree in Agronomy from Purdue University (1984), and a Ph.D. degree in Soil and Environmental Sciences from the University of California – Riverside (1988).  Before joining NC State University in 1993, he worked for Chevron Oil Field Research Company between 1988 and 1990, and for the Institute for Soil Fertility Research in the Netherlands between 1990 and 1992. He has published 115 peer-reviewed journal articles and book chapters, 40 of which are on soil phosphorus. Hesterberg’s group was the first to analyze the chemical speciation of phosphorus in soils using synchrotron X-ray absorption spectroscopy (published 2003).