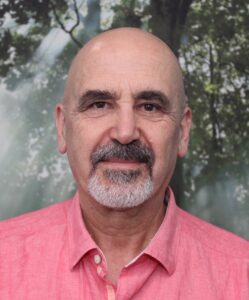 Aziz Amoozegar is a Professor of Environmental Soil Physics in Crop and Soil Sciences at North Carolina State University (NC State). He received a B.S. degree in General Agriculture from Ahvaz Agricultural College in Iran (1968), an M.S. degree in Agricultural Chemistry and Soil (1974) and a Ph.D. degree in Soil and Water Science with a minor in Mathematics from the University of Arizona (1977). Before joining NC State in 1983, he conducted experimental studies at the University of Arizona evaluating transport of inorganic chemicals from feedlot wastes and transport of heavy metals from landfill leachates through different soils. I addition, he did mathematical modeling of water flow and transport of pollutants through soil. At NC State, he conducted a large number of laboratory and field studies assessing water movement and transport of chemical and microbial pollutants through different soils as related to on-site wastewater management systems that are used by approximately 50% of the population in the state. His studies in this area resulted in a number of major changes in North Carolina regulations governing on-site wastewater management systems. For the last three years, he has been conducting laboratory studies assessing transport of phosphorus from fertilizers with and without a fertilizer enhancer. In addition, he has interest in characterization of soil materials for agricultural, environmental, and engineering purposes. He is the inventor of the Compact Constant Head Permeameter, also known as the Amoozemeter, for in situ determination of saturated hydraulic conductivity of the vadose zone from the soil surface to 4 m depth. This device has been used by governmental officials, university researchers, and private consultants in the United States and other countries in different continents.

Amoozegar teaches a graduate and a separate undergraduate course related to the use of soil for environmental management. He is a licensed soil scientist (LSS) in North Carolina, and has trained many governmental officials and private consultants in NC and other states. He has been the recipient of the Soil Science Society of North Carolina Annual Achievement Award and the  Soil Science Society of America Irrometer Professional Certification Service Award. In STEPS, his research will focus on the development of new intelligent fertilizers and studies related to the fate and transport of phosphorus (P) including legacy P in the soil.